On September 9, the event Poland Now was held in the Mies van der Rohe Pavilion in Barcelona as part of the international campaign launched by the bilingual Architecture Snob magazine. The periodical is oriented towards promoting the most captivating and valuable phenomena in Polish architecture. 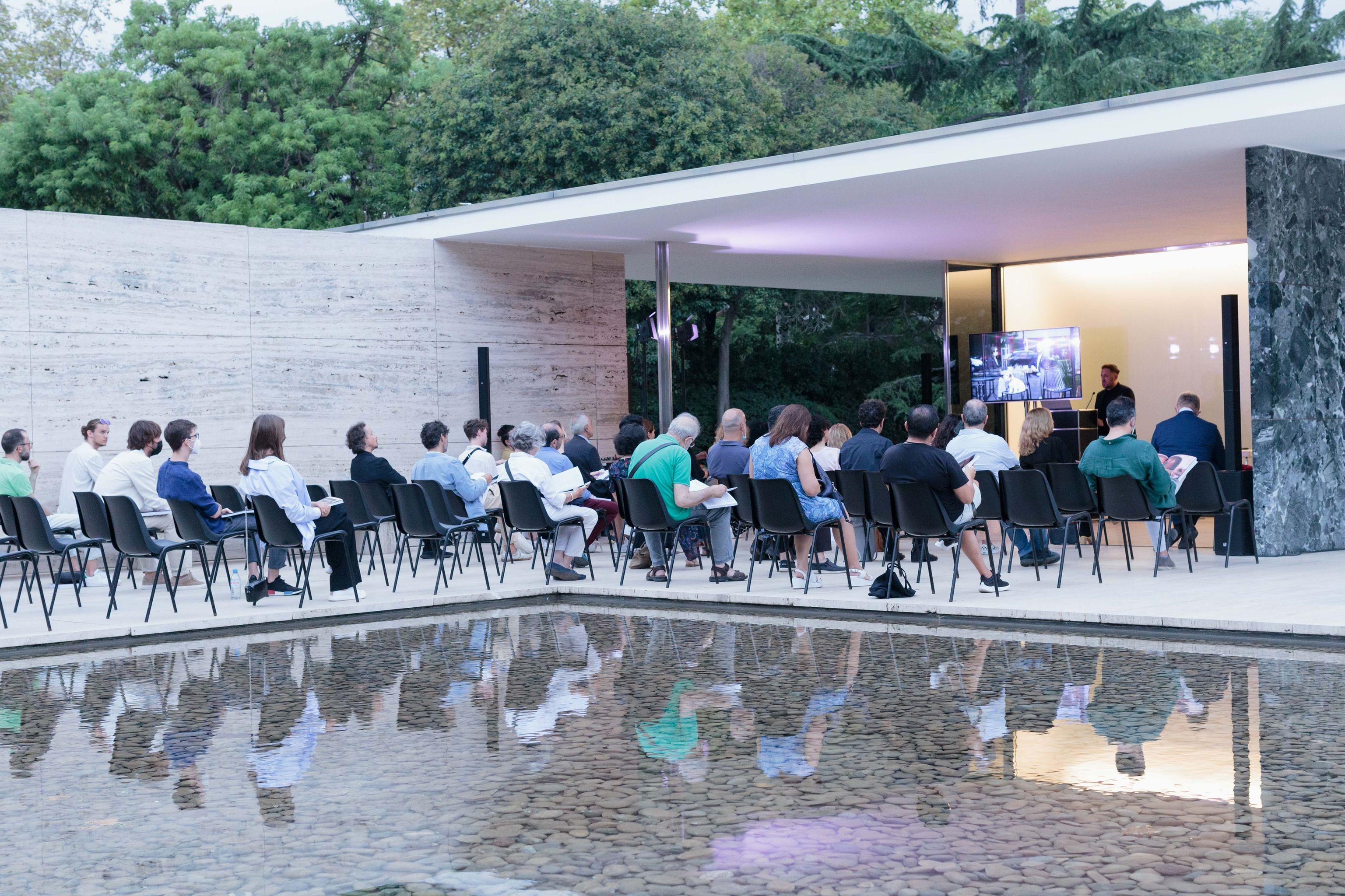 The first issue of Architecture Snob was published in July. It featured an interview with Joseph Rykwert – one of the most prominent architecture scholars of the 20th and 21st centuries. Rykwert is a vital influence on several generations of architecture critics, scholars, and enthusiasts, with his thought going far beyond the academic world. Inspired by heterogeneous perspectives (including anthropology, philosophy, and religious studies), Rykwert’s work sheds new light on the reality surrounding us.

This understanding of architecture is in line with the Architecture Snob philosophy. “Our magazine is an attempt to reach out to an audience that may not necessarily be interested in architecture. We want to explain the urban processes in clear, comprehensible terms”, Marcin Szczelina, the magazine’s founder and editor-in-chief explained at Poland Now. “I hope today’s presentation gives you a fuller perspective on Polish architecture and its condition”.

Wojciech Małecki and Joanna Małecka (from MAŁECCY Biuro Projektowe) came to Barcelona to share their experience of designing the new headquarters of the Krzysztof Kieślowski Film School in Katowice. The building was designed by BAAS Arquitectura in co-operation with Grupa 5 Architekci and MAŁECCY Biuro Projektowe. “We posed two crucial questions: what Silesia is and what it means to be Silesian,” the architects said, comparing the region to Catalonia. In their presentation, they also discussed their latest work – the Nowy Werdon housing complex in Ruda Śląska.

Szymon Wojciechowski (APA Wojciechowski Architekci) presented two projects: Elektrownia Powiśle in Warsaw, a former power plant converted into a multipurpose complex, and the Riverview in Gdańsk, a residential estate that combines the two traditions of the city: the burgher brick architecture and the eclectic 19th-century style. “These are what I call the two souls of the city: Protestant and Catholic,” explained Wojciechowski. He devoted the second part of his presentation to the philosophy behind his studio’s work: “We’ve been looking for sustainable solutions for a long time now. As we often design for the biggest real estate developers, we have an actual influence on the end product. A few years back we managed to turn words into action and include efforts for sustainable architecture in our company’s DNA”.

Marlena Wolnik (MWArchitekci) represented Centrum Aktywności Lokalnej in Rybnik, which is a local community centre. “The architecture of Rybnik is very diverse. The city is made up of 27 distinct neighbourhoods, most of which were separate towns in the past. As current inhabitants of the city still have strong local identities, the authorities decided to run the CAL project, encouraging the local communities to organize activities in their respective neighbourhoods,” said Wolnik.

The last representatives of Polish architecture to give a talk were Piort Grochowski and Wojciech Kolęda from the Less is Core studio. As they explained: “The name of our studio stands for our devotion to minimalism. We always try to look for the essence of things. Working mostly with historical buildings, we do our best to recover their original structures”. Such was also the case with Cukrownia Żnin, a former sugar factory, whose revitalization process was also presented.

The event also included talks by Spanish architects who have designed buildings in Poland. Alberto Veiga (Estudio Barozzi Veiga) spoke about the construction of the Szczecin Philharmonic fifteen years ago. “Poland was a completely different country back then. I remember how surprised people were to find out we were young architects from Spain and Italy – but they trusted us,” Veiga said.

Fernando Menis (Menis Arquitectos) talked about the Cultural and Congress Centre Jordanki in Toruń. “Before winning the competition for this design, I had never even been to Poland. Toruń turned out to be a beautiful city by the Vistula River. We decided to respect its architecture and adapt our design to the surroundings,” he explained.

Alongside Spanish architects and designers, editors and journalists were also invited to partake in the event. Marcin Szczelina addressed them in his speech: “The COVID-19 pandemic has deeply influenced the entire publishing industry, but I sincerely believe that empathy and co-operation remain the key for publishers and editing teams alike, especially now. Let’s talk, collaborate, and support each other”.

The evening finished with a performance by the young Polish artist Raf Skowroński, whose debut solo record will be released in several months.

The meeting in Barcelona is the first step towards the international distribution of Architecture Snob magazine, a venture aimed at promoting the most interesting phenomena in Polish architecture abroad.

“We’re very happy to be able to meet with our Polish friends after all these months. Not only are we here physically, but we are also talking about a physical object – a beautifully printed magazine,” said Anna Ramos, the director of Mies van der Rohe Foundation, in the Poland Now opening speech. Ivan Blasi added: “Architecture Snob is a unique way to keep up with the latest developments in Polish architecture”.

The event was organized in partnership with the company Wienerberger. Architecture Snob magazine is available at Empik stores. From Monday, you can also buy the publication in the Mies van der Rohe Pavillion in Barcelona.