Rooms for Art. A conversation with Thomas Phifer. 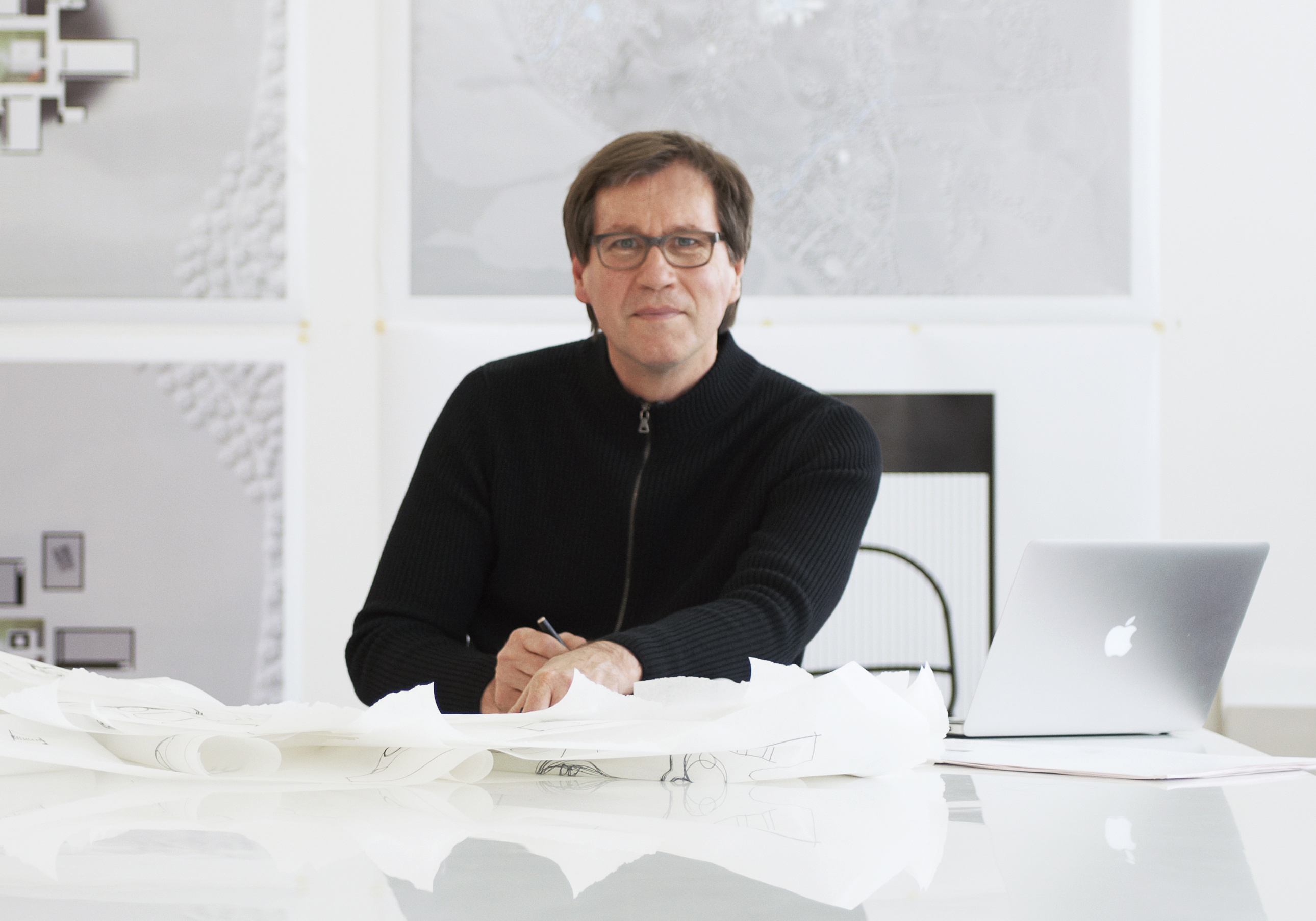 Anna Diduch: To me speaking about the Museum of Modern Art in Warsaw is quite personal because the story behind the museum, its building and its collection is in the same time frame of my evolution as a historian of art and journalist: one of the very first articles in my career I wrote for the daily newspaper I worked for was about this museum.I wonder how your profession and your perception of you as a creator has changed over the last, let’s say, fifteen years?

Thomas Phifer: First of all I still love to be an architect and everything about it: working with people, making and definiding institutions, I love working in the cities to make them more vibrant and to define a kind of artistic culture. And Warsaw is an example of a dream place to do all that.

So what was especially compelling about working on a Polish museum building? With all do respect, it is not that the collection itself is a groundbreaking one or that the institution is worldwide recognized.

When I came to Warsaw five years ago I could feel that there was this remarquable renaissance happening. And it is rare to feel that in contemporary cities. Most of the time either the building arrives in the urban space too late because the renaissance already happened or too early, so there is not enough energy to make the city take the full advantage of the new development. In Warsaw I had a feeling that the architecture will align with how the institutions are being shaped. It is as if the institutions are growing with the architecture and it is a rare synchronicity. That makes both of the processes of designing and formulating the institution identity – equality relevant. What is even more intriguing is that we are working in the context of Stalin’s iconic building and post-soviet culture.

How much time in total have you spent in Warsaw since winning the competition?

Quite a lot. I am foreseeing the process of development every few months.

One of the signature elements of your style as an architect is your unique way of working with light. In the context of Warsaw I think it must be a particular challenge: the light in Poland’s capital is quite unwelcoming and flat compared to other European capitals.

I have the exact opposite impressions. I find Warsaw’s natural light to be quite welcoming and vibrant and that is one of the reasons behind making light into an independent character of the designs of the both buildings. They are both going to be completely filled with people and light.

And how does the context of the concrete desert that is the square surrounding the Palace of Culture and Science look to the foreign creative eyes?

Well, I find it still quite alive but in a modern sense, it is not a relic. The shopping streets, the cafes, the restaurants – there is much happening in a commercial sense and the two institutions along with the Palace will work in balance with that.

But how did the setting influence your approach towards how the Museum and the Theater will actually look like?

There are few points here to the final effect. First of all we wanted to make buildings that were permanent and were made out of materials that have a sense of permanence. Secondly, we wanted for each institution to be defined by what they do. So in a result the museum is intrived with light, where art and light come together and merge. The leading color is white, the whiteness gives the ultimate canvas to the art that is in this context of this collection – an emblem of a certain generation. This is also a kind of an optimistic statement of how my generation feels about this color. While with the theater we wanted a sense of an old fashioned black box so the audience, and the actors and the set come alive by the intimately shared space and the experience that arises in that space. So once again, the setting is designed to heighten the experience.

When you say “we” I know you are referring to your architectural team. Could you please also speak a little bit about the dynamic behind your team and teams at both of the institutions? There are at least three parties involved.

True, it is a sort of a triangle. I make these buildings with them – the members of both institutions. There was a lot of conversation of what this should be and a lot of helpful criticism and constructive support. It is true teamwork.

Last time I spoke with the main curator of MSN, Sebastian Cichocki, he was in the middle of strategizing the collection display. I wonder how the architecture challenges the collection and vice versa. They should influence each other, righ?

Speaking about the character of the galleries, the museum wanted very fixed room sizes. As a result we were not making a flexible space that could be easily changed and adapted. Instead we were making a series of rooms that then will be curated for a long period of time. To me it is an outcome of old European tradition that has gone for over two hundred years of making rooms for art – not flexible spaces with no defined character. Here art responds to concrete measurements and proportions.

So do you feel that this kind of approach is characteristic to this side of the world of Europe?

I would not go that far but I would say that the trend in museum design is flexibility. In the context of Warsaw’s museum, curators wanted to have the limits to which they would have to respond.

Did the fact that it was all supposed to be fixed made your design work easier?

Absolutely not. Nothing about making a work of architecture is easy. Everything needs constant study. It is a labor of love: trying to discover what the building wants to be.

Beautifully put. You are paraphrasing the words of Michael Angelo who said that his work is about discovering the shapes hidden inside of a piece of marble.

Yes, this kind of approach certainly worked for him. 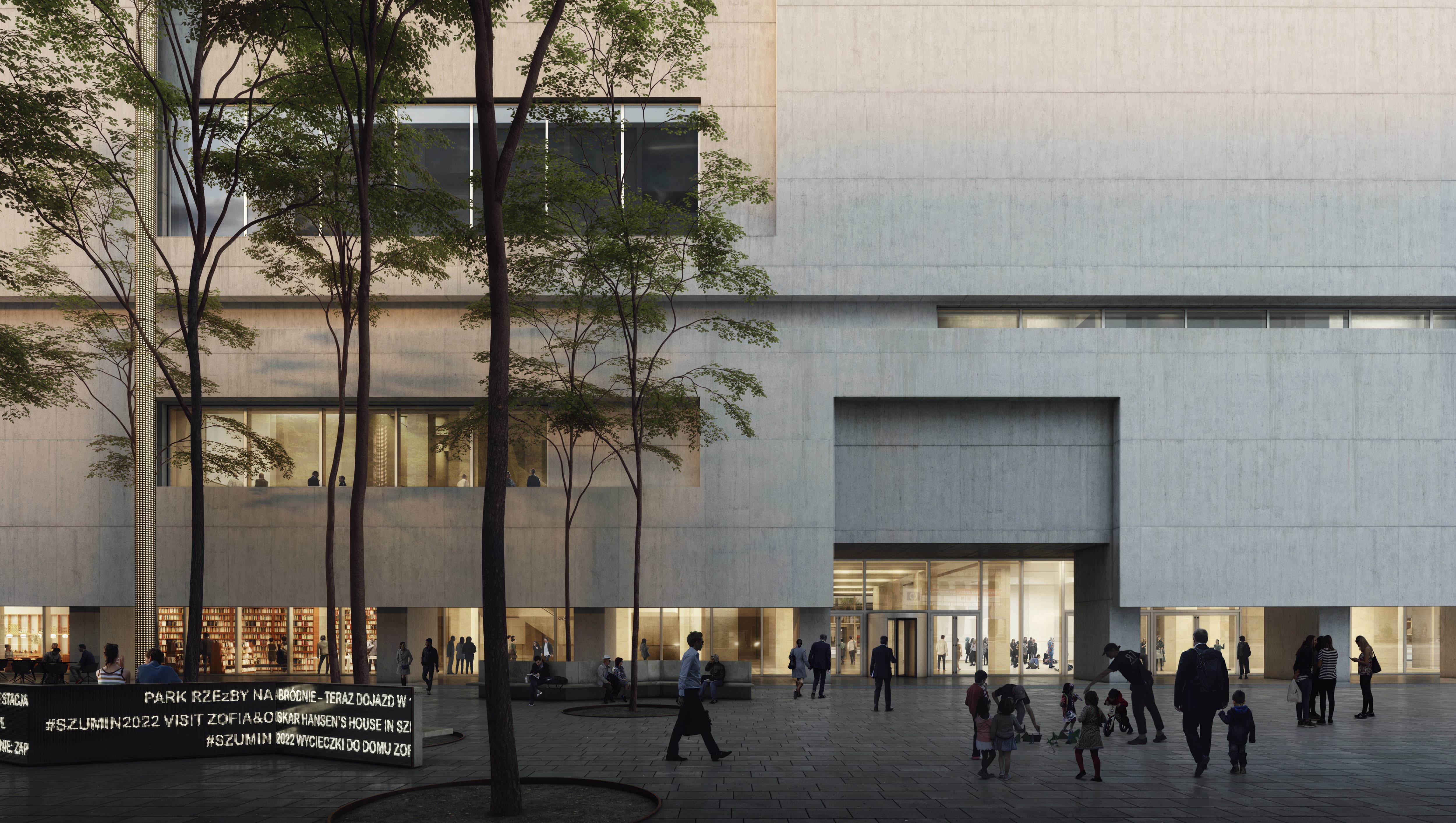 What seems to be the most characteristic about working in Poland that differs this experience from others?

The site is in the shadow of the icon of the culture that ceased to exist. And by the way – the Palace of Science and Culture used to be completely white which gives an interesting context to the whole white dogmat within the context of contemporary art. We are working not only within the space of the previous epoch but in the space of the history that the Palace brings into the story of the city and against the commercial infrastructure that has been introduced next to it. So the new design has to be strong enough to be able to sit in this particular and packed with meaning place. And at the same time to be impressionable enough to highlight the identity of the institutions themselves.