Last year the studio Karpiel Steindel Architektura donated a tailor-made design of a private house to the Wielka Orkiestra Świątecznej Pomocy (The Great Orchestra of Christmas Charity), Poland’s biggest charity event that raises money for paediatric care. The studio’s contribution sparked interest among architects and the general public. We talked to Jan Karpiel-Bułecka Jr. to get a sneak peek into the project. 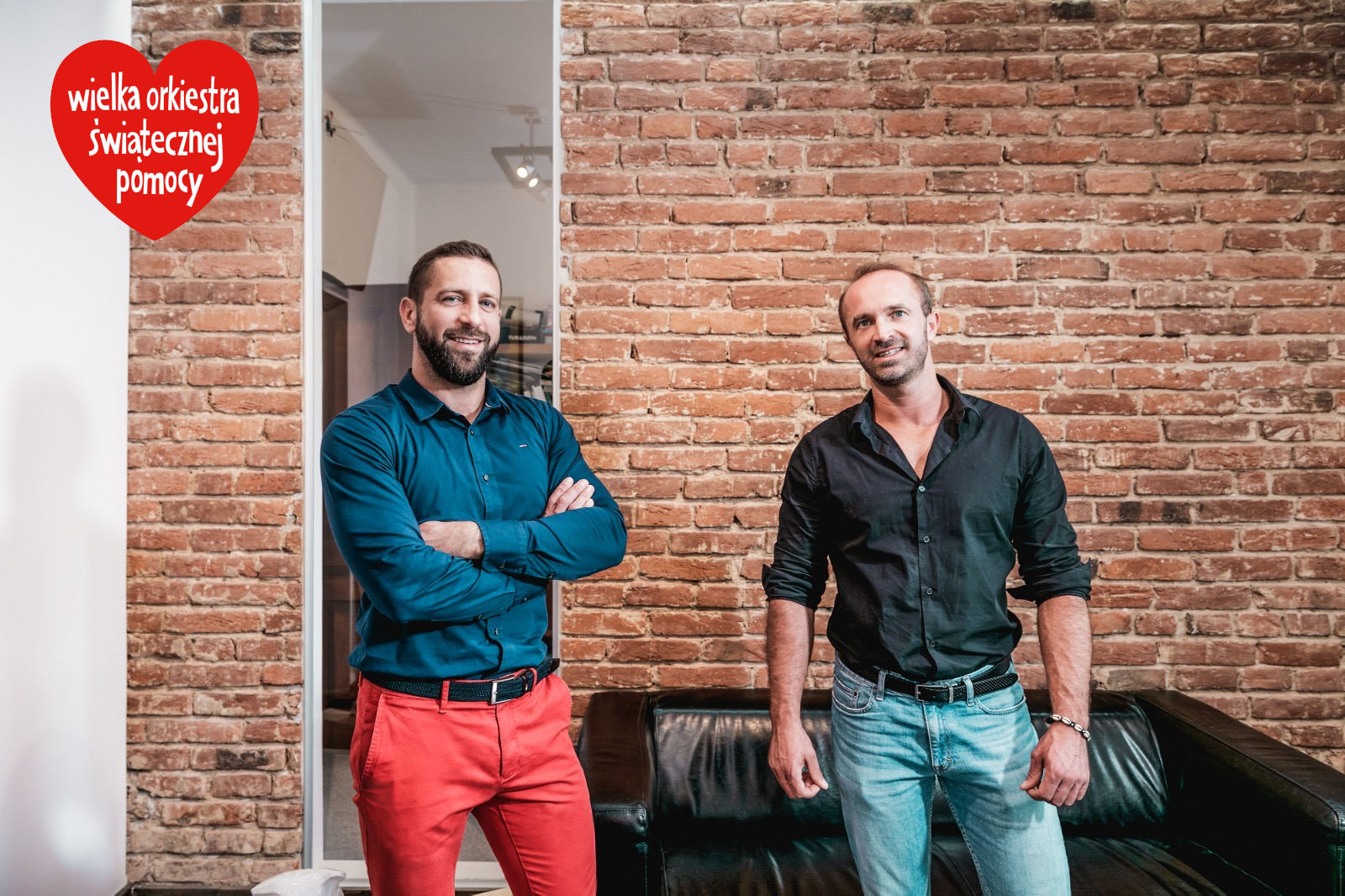 You caused a commotion in the architecture world when you donated a private house project to the WOŚP auction. On the one hand, your input was appreciated, on the other – the fact that you hadn’t set any limit on the space gave rise to some unrest. You even made it to gossip websites. Weren’t you overwhelmed by the fuss?

Jan Karpiel-Bułecka Jr.: I think the gossip websites elaborated on the winner of the auction more than anything else. Wojciech Szczęsny is an eminent sportsman, famous both at home and abroad. We were too busy to follow the stories – actually, we’d find out something was going on from our friends. Naturally, this increased our studio’s renown, so that’s a good thing overall. Besides, it would be excellent to work with clients such as Wojciech Szczęsny and his wife Marina Łuczenko-Szczęsna. They have great taste, they know what they want, they’re informed – it’s hard to imagine a better investor, really.

How is the execution of the project going?

Unfortunately, the times aren’t great for such a venture. The investor hasn’t been able to come to Poland and buy a lot because of the pandemic, so for now the execution of the project is suspended. We’re in touch, but the situation isn’t too convenient for anyone – some procedures can’t be done from abroad. 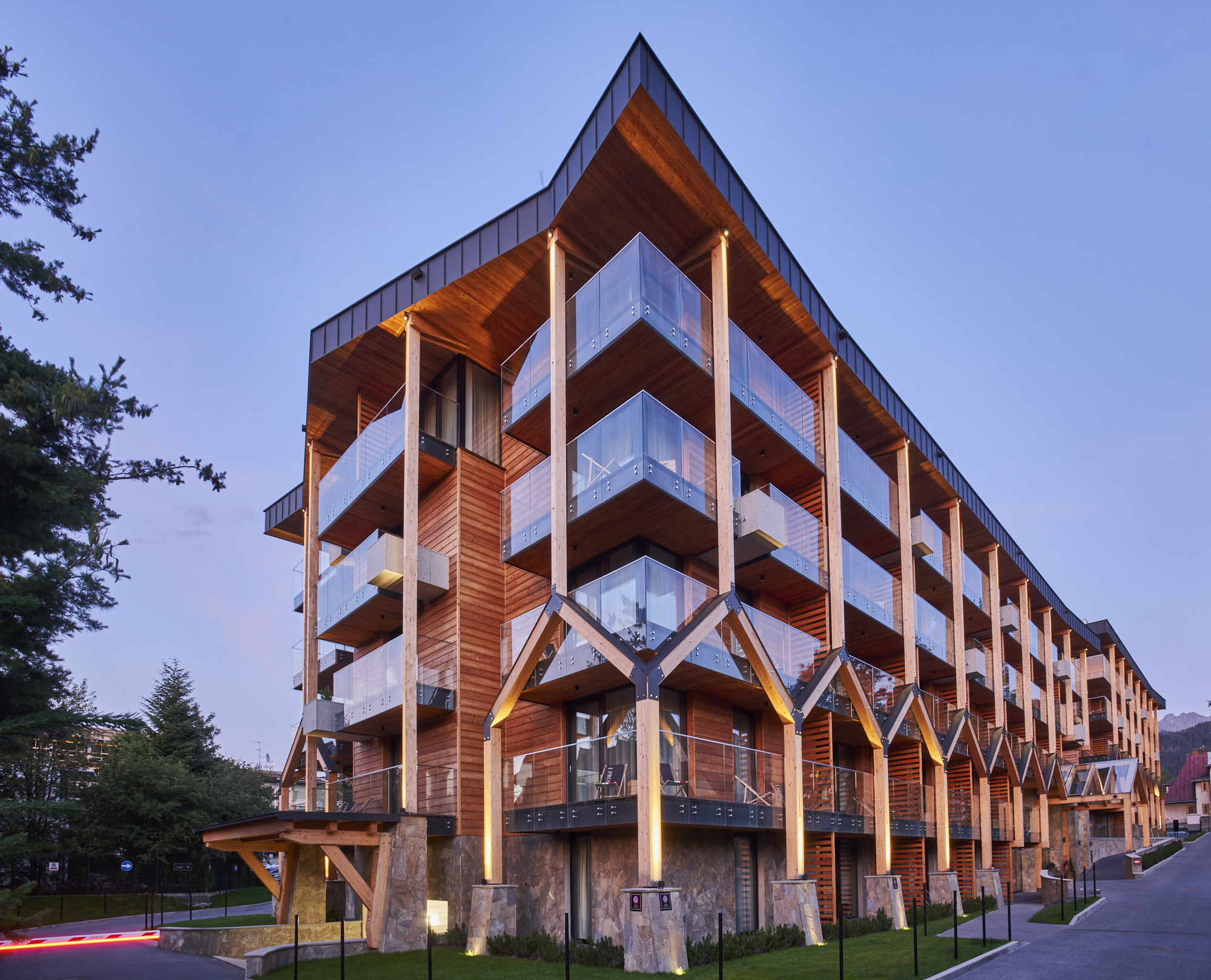 Were you able to make some first steps before the pandemic?

We were already choosing the building site – we came across some potential lots that met the investors’ expectations. They were happy and excited about it. Right after the WOŚP event ended, we had a great Skype conversation with Wojciech – it was registered and even supposed to be broadcast on television as an interview. As it turned out, he’d been following our practice for a while and even planned to commission a project from us – this was a pleasant surprise.

What’s his idea for the house?

It’s going to be a mountain residence complemented by a smaller cottage for guests and friends. I don’t want to reveal our concept for the design just yet. Suffice it to say it will be quite an unusual house. For us, the architects, it’s going to be a real challenge, but also an opportunity to, as I say, give vent to creativity – this is possible thanks to the informed and open investor. 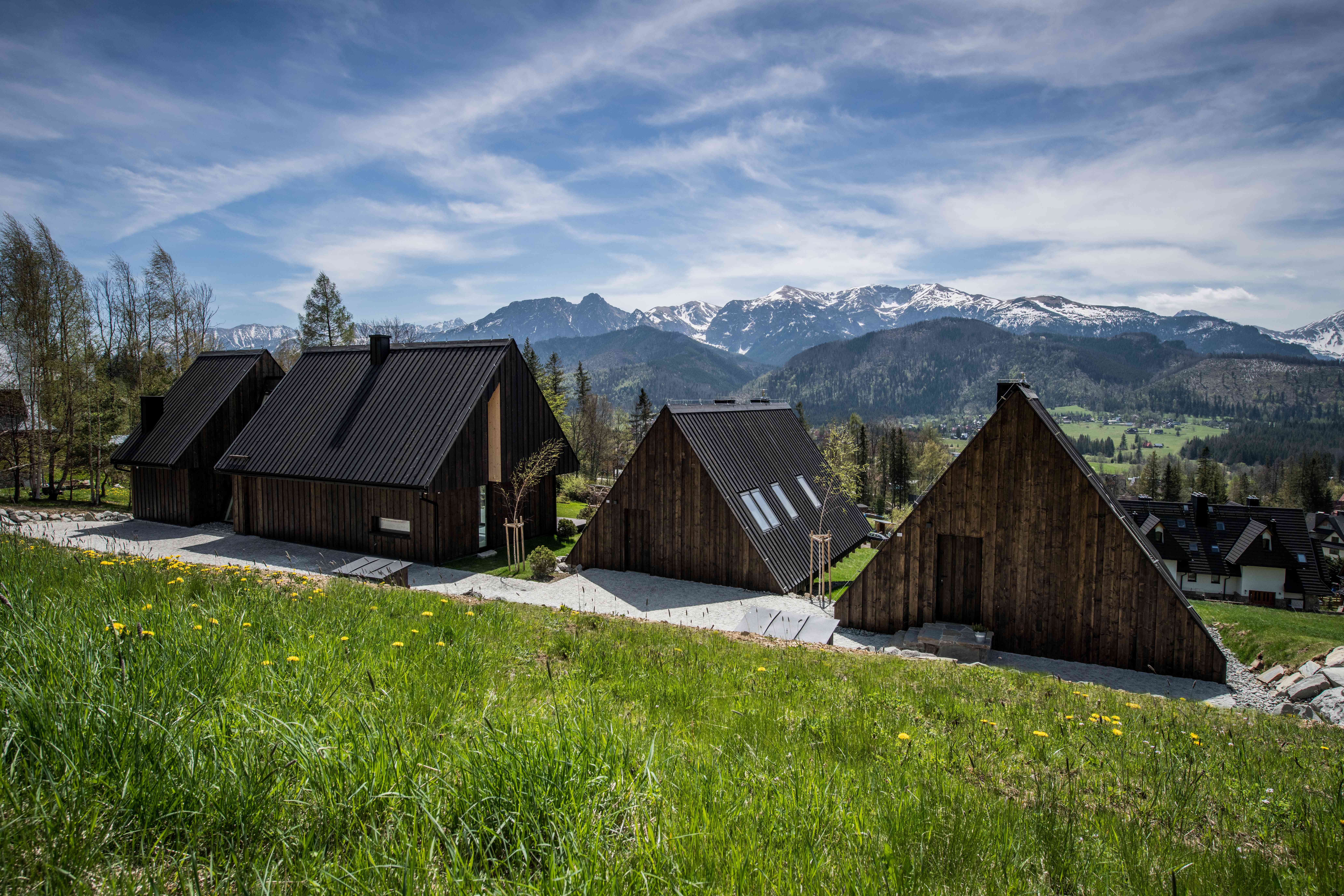 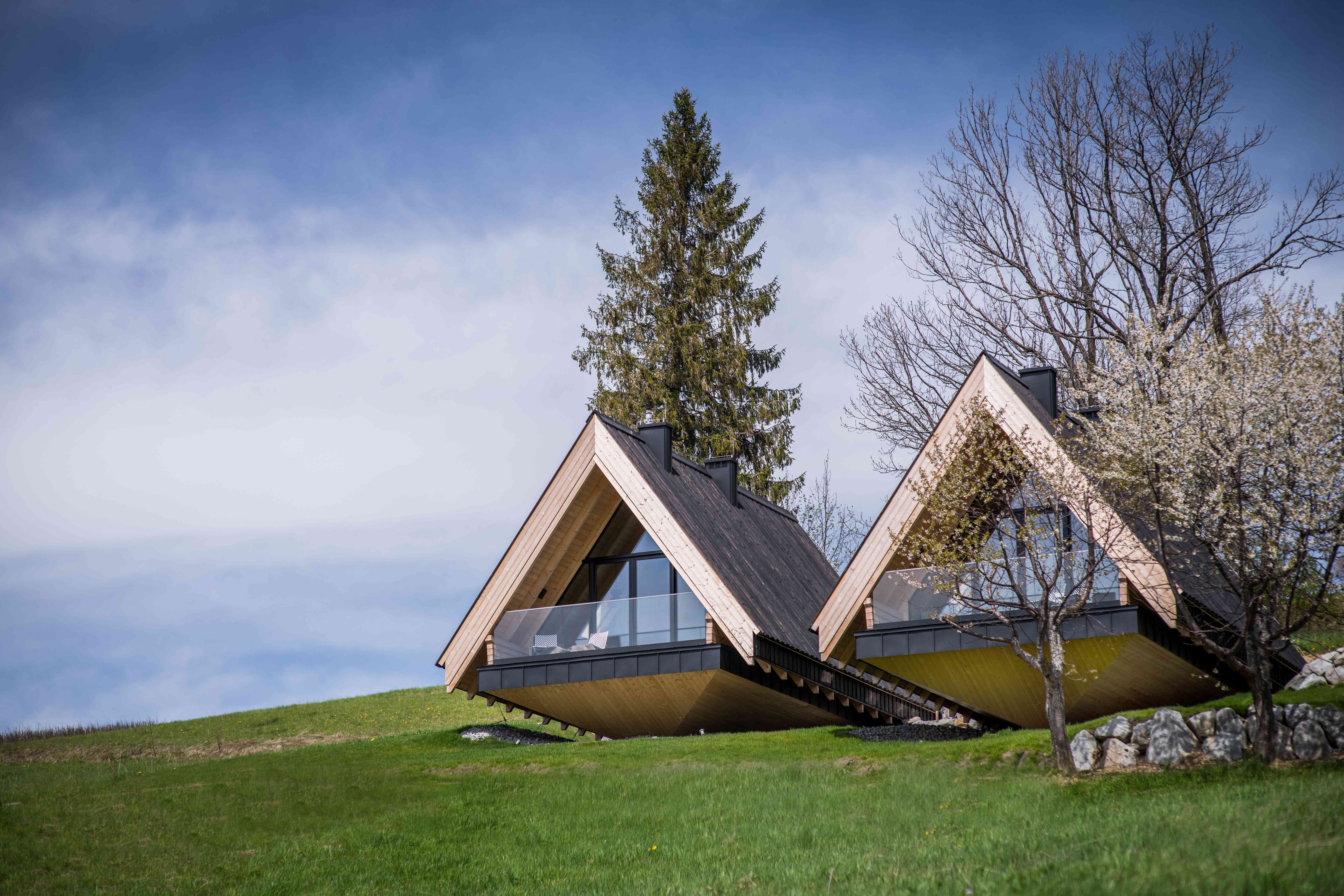 When you put the tailor-made house design up for auction, you took up a big risk. It could’ve been sold for merely a thousand zlotys and you’d still have to execute it. Eventually, you collected over PLN 40,000 for WOŚP. In comparison to ready-made house designs, it’s a lot, but on the other hand, customised designs are way more expensive.

Given the scale of the project and the construction solutions, this money certainly wouldn’t have been enough. But that wasn’t the point. We’re happy to have raised this sum for the kids. Regarding the typical costs of a design – people often don’t realise that a house can be suited to their needs, so they buy ready-made designs that have many defects. I know a lot of people who came to regret it.

I think we notice it more and more during the pandemic, as we spend most of our time at home. How do you deal with this difficult time? Is the crisis particularly acute to you?

Paradoxically, we’ve never had as much work as we do now. We often have to reject proposals because we simply don’t have enough time. We operate on quite a particular market, namely resorts, though. Whereas in big cities like Cracow the investments on the office market stopped, in Zakopane and seaside towns we observe just the opposite. Inhabitants of big cities that were locked in their apartments begin to build houses outside cities more and more often. We’ve got a lot of commissions of this sort. 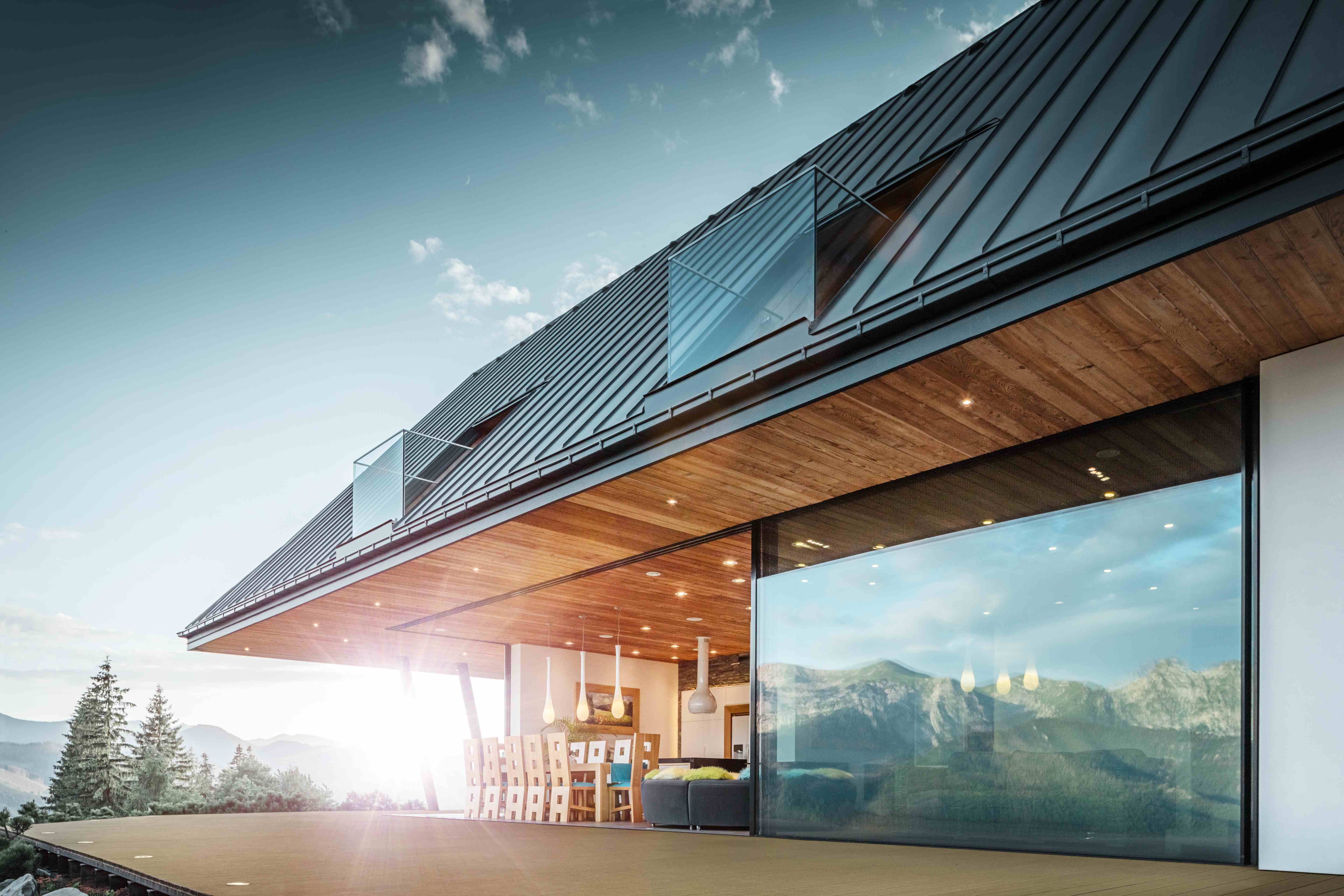 The next edition of WOŚP is about to start. Are you encouraging other architects to support the event?

Of course. I’m not sure whether it’s going to be easier or harder to do it now that everyone knows the risk. However, we put our all into everything we do. It’s a big responsibility: the time is never right for such an additional venture, but helping the kids is the priority. We gave it our all – that is, the time we dedicate to create the design. But still and all, the joy of helping someone makes the effort feel easy. I donate to WOŚP every year and it’s never seemed like enough. We’re really happy to have been able to offer much more this time.