OVO Grąbczewscy Architects have a 20-year history, the origins of which can be traced back to Katowice. The studio has won many prestigious awards while the year 2022 brought yet another privilege: an exhibition under the name “Playing Architecture”. The show is a retrospective journey through the most interesting projects of a team of enthusiasts and an open invitation to co-create architecture that provides positive stimuli and simply fun.

OVO Grąbczewscy Architekci is one of the most awarded Polish architectural studios. This includes two-time winners of the SARP Year Award (2006, 2016) and three-time finalists of the Life w Architecture award (2012, 2015, 2021), while the Museum they designed was nominated for the Mies van der Rohe Award in 2017. 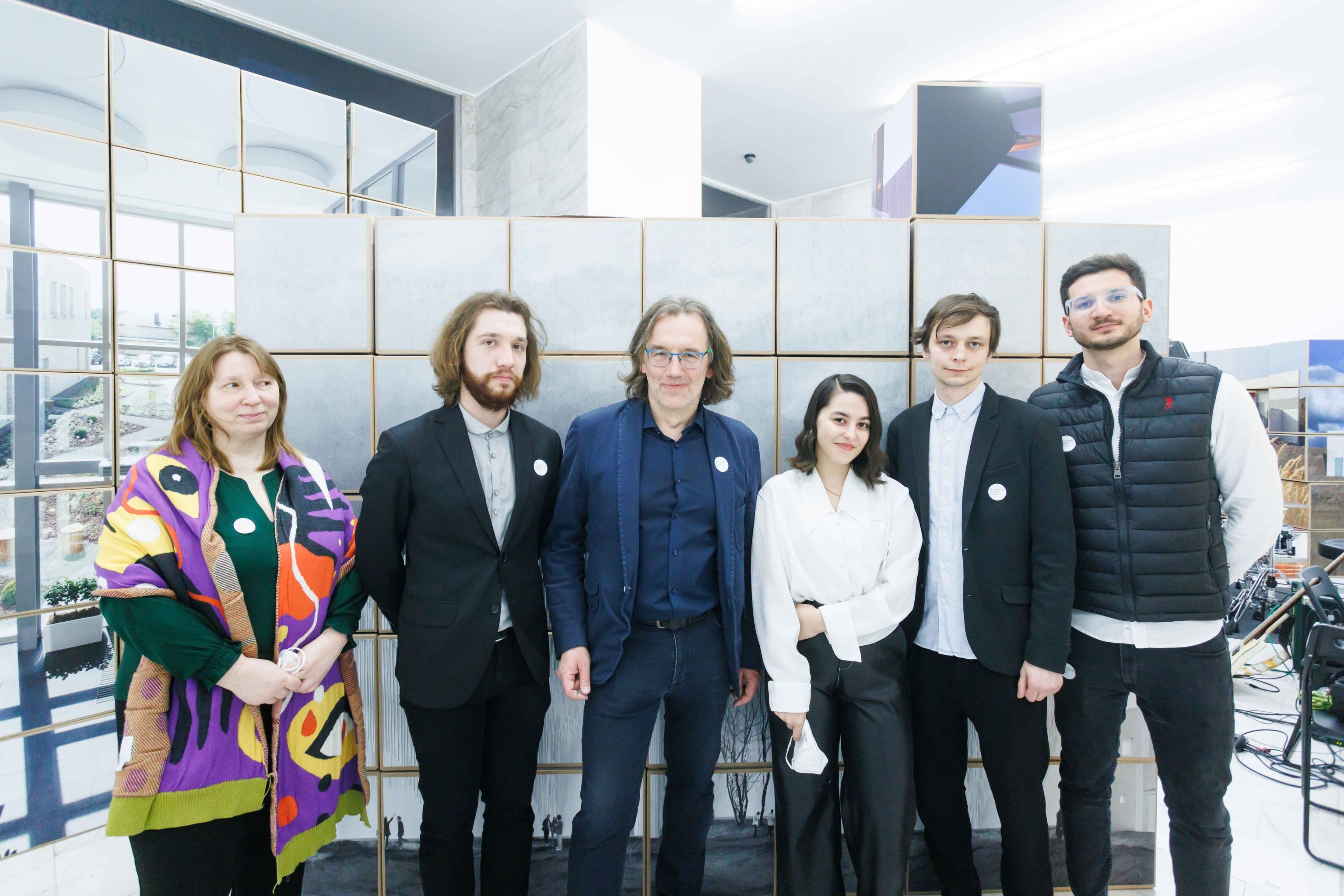 The venue for the “Playing architecture” exhibition, which took place at the turn of March and April, was Architecture Galerie Berlin, created and run by Ulrich Mueller in a historic building located on Berlin’s Karl-Marx Alee 56. During its 20 years of operation, the gallery presented works of the most famous architects and design studios. Among them were stars like Philippe Rahm, Tatiana Bilbao and Roger Boltshauser. Today, the gallery not only organizes exhibitions, but also provides an important space for discussions about architecture.

“Playing architecture” invites dialogue, opposing what is repetitive and bearable. It encourages the viewer to evoke strong emotions and surprise with unusual solutions. It also raises the issue of freedom in architecture as a field of art, which is inscribed in many limiting contexts – budget, law, physics or customer’s and developer’s expectations just to name a few. Therefore, the exhibition encourages a courageous search for beauty and surprises in architecture – in spite of the pressure of profit and optimization of activities.

The exhibition’s visitors were invited to modify it. One of the main principles of the space was a perverse suggestion of “please touch the objects”. This is an incentive to participate in the “game with architecture” from the title, which – as members of OVO Grąbczewscy Architekci studio note – is not reserved only for architects and designers.